Cinematiks has been working on the cutting edge since 1990.  We produced the first serial drama on the Internet about Vampires in Cyberspace during 1996-97.  Our 2005 experimental feature God Wears My Underwear is still controversial – considered by some to be brilliant and by others to be the worst film ever made.

Our interest in combining digital cinema with old film clips led us to documentaries.  Truth is almost always stranger than fiction.  Our projects appear in many venues: live screenings (big and small), television, gallery installations and on the Internet.  Our stories cross boundaries of genre, special interest and cultural differences.  Our work is screened on several continents including Africa and Asia. 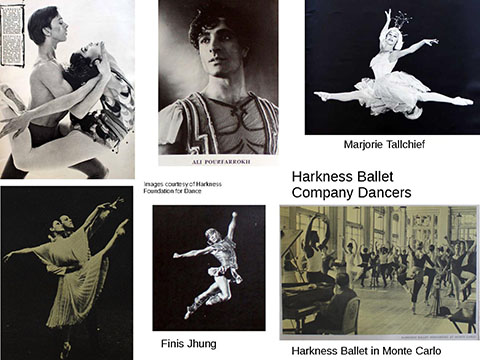 From An American Ballet Story